A PC Geek has been serving the Waxahachie area since 2001, providing IT Support such as technical helpdesk support, computer support, and consulting to small and medium-sized businesses.

Tip of the Week: 3 Considerations to Make When Setting Up a Guest WiFi Hotspot

David M. Lay
How To

Your business’s operations rely on wireless Internet in order to maintain optimal efficiency, and it’s normal to not want to share this private connection with just any stranger that wanders into your office. However, guests or potential clients that visit your office might want a piece of the action, too. It’s clear that you don’t want them accessing your private network, so the natural solution is to integrate a guest wireless hotspot that gives visitors the luxury of Internet without compromising your connection’s security.

Mobile WiFi is an imperative part of how you get things done while you’re out and about, but did you know that you can use your mobile device as a hotspot? This is one of the many features that modern smartphones come equipped with that are designed to help you remain as productive as possible. There are three ways of tethering your device to your smartphone to take advantage of a mobile WiFi hotspot, but which one is the most efficient?

Tags:
WiFi Wireless Technology Mobile Computing
Recent comment in this post
Destiny Wagner
Aspire tech is the news base forum which is provide the information of the news from whole over the world as well as this is the b... Read More
Saturday, 12 October 2019 03:26
Continue reading
1 Comment

Tip of the Week: 5 Ways to Extend Your WiFi Signal

David M. Lay
How To

Today, having a strong WiFi signal is critical. You need a reliable signal for every part of your home, office, and even outside the building. Is your wireless signal strong in some areas and spotty in others? Would your life be immensely easier if your signal extended for just one or two more rooms? For this week’s tip, here’s how you can extend your WiFi signal.

Hairballs and WiFi Data are What the Cat Dragged In

For Washington D.C. residents, there's a dubious threat looming in their backyards putting their personal data at risk. It's Coco, a Siamese cat wearing a high-tech collar designed for hacking WiFi networks. Have you taken the proper security measures to protect your sensitive information from feline foes like Coco?

Actually, this cat isn't a real danger to anybody. In fact, you're more at risk of getting fleas from the neighborhood strays than you are of getting hacked by them ...or at least that's what the cats want us to think. In the case of Coco, this wasn't an act of sabotage (or catotage) from the feline uprising, but rather, it's an experiment in network security by Gene Bransfield, an experiment Gene humorously calls "WarKitten."

The collar worn by Coco was outfitted with firmware, a WiFi card, an SD memory card, and a GPS module. Coco was then allowed to roam the neighborhood and he encountered a variety of different WiFi networks. Upon Coco's return, Gene was provided with data containing the names and locations of area WiFi networks, along with the networks' security settings--plus a dead bird.

The threat posed by having poor WiFi security is very real. WarKitteh can obtain important information, like whether a network is using WPA encryption or WEP keys for its security settings. WEP is an older form of WiFi security that an amateur hacker can access, and much to Gene's surprise, WarKitteh yielded him with the names and locations of several WiFi networks in his neighborhood using the outdated WEP security. Equally surprising was the fact that one-third of the WiFi networks from the WarKitteh used WEP.

While it's not likely that Coco will be showing up in your backyard, there's a good chance that a hacker could pull off the same feat. In fact, it's a common practice for hackers to harvest WiFi network information by simply driving past homes in vehicles equipped with the same data collection technology.

After the data is crunched, hackers can then breach WiFi networks by bypassing WEP security, and then use the IP addresses and for nefarious purposes. In fact, there are several stories where this happens and SWAT teams follow the connection to a hacked household, storm the perimeter, and subdue the residents, only to later discover that the innocent party had their WiFi hacked. This is exactly how the cats plan on turning us against each other.

Is WiFi Service a Burden or an Investment for Your Business?

"Free WiFi Zone." You see the sign advertised in the window of a new coffee shop. You've got a lot of work to do and you want a change of scenery, so you pack up your laptop and pay them a visit. The coffee is great, but the WiFi service is lousy. In fact, the spotty WiFi service is so poor that you get frustrated and leave, vowing to never shop there again.

How secure is your IT infrastructure?
Let us evaluate it for free!

Disaster Recovery and Why it Matters to Texas Businesses
Let's look at the definition of disaster. dis·as·ter A calamitous event, especially one occurring suddenly and causing great loss of life, damage, or hardship, as a flood, airplane crash, or business failure.To A PC Geek, a disaster is anything that involves a major loss of data or major downt...
Read More 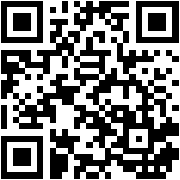