A PC Geek has been serving the Waxahachie area since 2001, providing IT Support such as technical helpdesk support, computer support, and consulting to small and medium-sized businesses.

Does the U.S. Constitution allow the American government to access the electronic devices of its citizens? According to FBI Director James Comey’s statements at Symantec’s Annual Government Symposium, it certainly does.

Tags:
Current Events Encryption Law Enforcement
Recent comment in this post
Rachel Roy
The government can access the private data on this it has some facts to read along with the path of communication plan to read. I ... Read More
Tuesday, 24 March 2020 00:19
Continue reading
1 Comment

Give Tech Security Credit When Credit Is Due

We talk a lot about viruses or holes in supposedly sound security structures, but today it seems as if that's all there is to talk about. It's all about the latest vulnerability, or a hacking attack that left millions of people with compromised passwords. People always concentrate on the negative aspects of things without looking at the positives.

Is It Possible to Encrypt the Entire Internet?

Many websites around the world are still suffering from the nasty little bug called Heartbleed that we covered last month. This prompted over 30,000 TLS/SSL certificates to be revoked and reissued, but many of them were reissued with the same keys. If this was going to happen, why revoke and reissue them in the first place? They're still just as vulnerable as before, since Heartbleed could have leaked those same keys weeks ago.

How secure is your IT infrastructure?
Let us evaluate it for free!

Disaster Recovery and Why it Matters to Texas Businesses
Let's look at the definition of disaster. dis·as·ter A calamitous event, especially one occurring suddenly and causing great loss of life, damage, or hardship, as a flood, airplane crash, or business failure.To A PC Geek, a disaster is anything that involves a major loss of data or major downt...
Read More 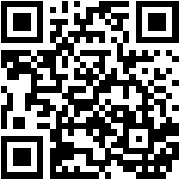